We have 1 positive case of COVID-19 in the inmate population.

We have had a total of 359 positive cases in the inmate population.

We have had a total of 143 positive employees.

A total of (33) inmates and (1) Sworn Staff member were vaccinated bringing the total number of inmates vaccinated to (177) and Sworn Staff vaccinated to (5).  The Riverside Regional Jail looks forward to a continued partnership with the Crater District Health Department in helping to keep our communities healthy and safe and to eliminate the spread of the COVID-19 Virus.

On Tuesday, June 8, 2021, the Crater Health District, along with assistance from the Virginia National Guard, vaccinated 144 inmates and 4 staff members for COVID-19.
On Friday, June 5, 2020, 86 staff members and 230 inmates were tested for COVID-19. Out of those tested, one (1) staff and 25 inmates tested positive.
On Sunday, May 24, 2020 we conducted mass COVID-19 testing provided by Crater Health District with assistance from the VA National Guard. 140 inmates, 22 RRJA staff and 20 medical staff were tested. On Wednesday, May 27, 2020, test results were received with 35 inmates and 1 RRJA employee testing positive. 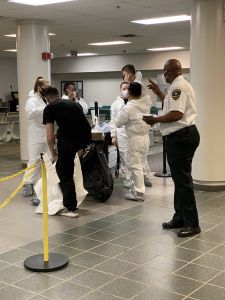 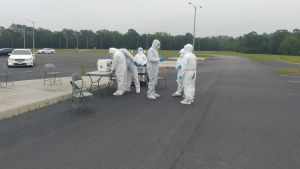 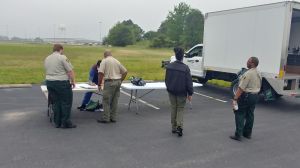 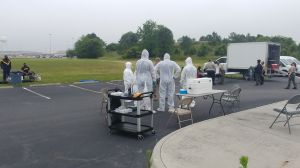 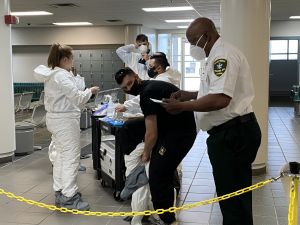 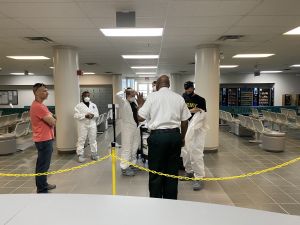 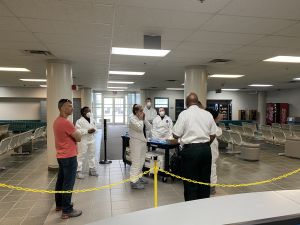 On Tuesday, May 26, 2020, the Virginia National Guard conducted FIT testing on the N95 and KN95 masks we are using with our officers. The goal of the FIT testing is to know when masks may need to be supplemented with an additional layer due to fitment issues. 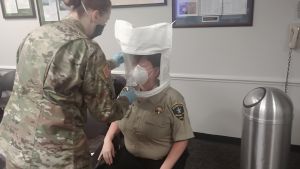 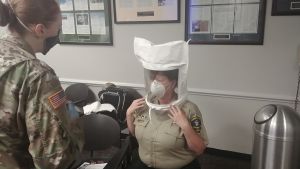 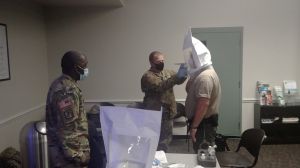 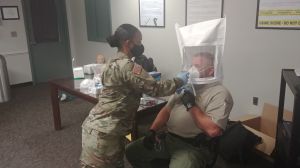 General Information:
We have designated several living areas for quarantine. When inmates are initially booked in, they are placed in precautionary quarantine for 14 days. Once they are cleared, they are moved to general population.
Should an inmate test positive in general population, all inmates and staff that have been in contact are isolated and tested. If a significant number of inmates in that area were exposed, the entire living area is placed on isolation.
Staff that test positive are placed on leave until cleared by a physician.
Secured By miniOrange