Riverside Regional Jail has been continuously accredited by the American Correctional Association (ACA) under the Adult Local Detention Facilities (ALDF) standards since 2002. In 2016, RRJ achieved ACA accreditation under the Adult Residential Community Services (ACRS) standards for the Pre-Release Center.

Earlier this year, RRJA, received a visit from a team of auditors from American Correctional Association {ACA). The team visited RRJA to conduct a re-accreditation process for the main jail under the Adult Local Detention Facilities Standards {ALDF}. To receive re-accreditation, there were 59 mandatory standards that had to be passed by the facility; RRJA passed with 100% compliance. In addition, RRJA met 99% of the 310 non-mandatory standards. RRJA is 1 of 14 facilities in the state of Virginia to be accredited by ACA under the ALDF standards. The re­accreditation is for three years (2016-2019}; this is RRJA’s 6th ALDF standards accreditation.

In addition, the RRJA Pre-Release Center was examined by the team of auditors for initial accreditation under the Adult Community Residential Services Standards {ACRS}. The Pre­Release Center received 100% compliance with 31 mandatory standards, and 100% compliance with 214 non-mandatory standards. The accreditation is for three years {2016-2019) RRJA is 1 of 5 facilities in the state of Virginia to be accredited by ACA in ACRS standards.

The accreditation program is a professional peer review process based on national standards that have evolved since the founding of the Association in 1870. The ACA standards address services, programs, health care, and security operations essential to effective correctional management. Mary Livers, President of ACA, complimented the facility on their professional level of operation and their success in completing the accreditation process.

The Government Finance Officers Association of the United States and Canada (GFOA) awarded a Certificate of Achievement for Excellence in Financial Reporting to Riverside Regional Jail Authority for its comprehensive annual financial report for the fiscal year ended June 30, 2020.  This was the 22nd consecutive year that Riverside Regional Jail Authority has achieved this prestigious award. In order to be awarded a Certificate of Achievement, a government must publish an easily readable and efficiently organized comprehensive annual financial report.  This report must satisfy both generally accepted accounting principles and applicable legal requirements.  The Certificate of Achievement is valid for a period of one year only. 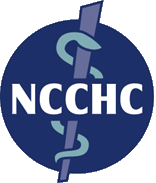 In June 2021, Riverside Regional Jail was recognized by the National Commission on Correctional Health Care (NCCHC) for meeting all of the requirements of accreditation under NCCHC’s Standards for Health Services.

NCCHC is the oldest, most respected, and most influential organization in correctional healthcare, with the support of leading organizations in health, law, and corrections. There are no correctional health care standards that are more rigorous nor an accreditation program as thorough as the National Commission on Correctional Health Care’s. In case after case, NCCHC’s standards have been held as the model to which correctional facilities should strive.